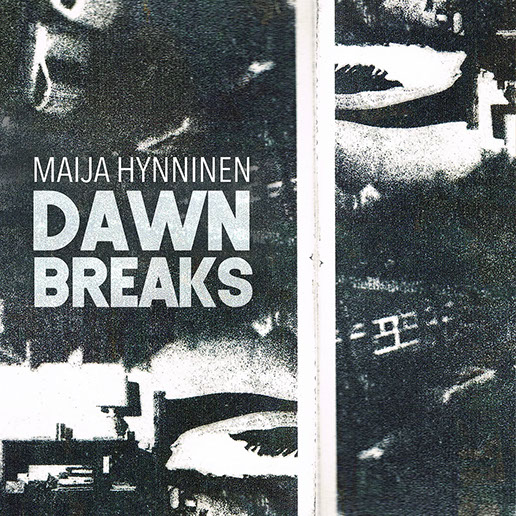 “Welcoming the new day in the world of composer Maija Hynninen is not soft like early morning rays. In DAWN BREAKS, Hynninen does away with the cliches of warmth and comfort in the morning. Performing all of the electronics on this album, Hynninen characterizes everything in her world, presenting soundscapes that are truly unique.

The first track, winnowing, sets the precedent for Hynninen’s vision of the morning by “separating the grain from the chaff.” The composition is comprised of experimental piano descending into an electronic noise collage which contains sound manipulations of nature. The composition was inspired by Hynninen’s observance of the movement of birds, from mating seasons to flocks migrating in autumn and spring. winnowing is followed by …sicut aurora procedit – as dawn breaks. The composition represents a backwards travel through time from the sun sitting high in the sky to the first light of dawn. Composed for violin and electronics, Hynninen plays with the riveting moments of the first rays of light hitting the horizon.

Created for female voice, ensemble, and electronics, Orlando-fragments reflects one’s perception of the world evolving over time. The piece includes four poems written by Henrikka Tavi and inspired by Virgina Woolf’s novel Orlando, a story involving one man (who eventually becomes a woman) who lives for three centuries. The last track, Freedom from Fear, involves Hynninen “transcribing” interviews of Burmese politician Aung San Suu Kyi through oboe. Based on the composer’s fascination with Kyi’s words, Hynninen’s composition builds an ambient, chaotic atmosphere, with the oboe echoing and creating wild feedback. The resulting sound is sublime and pushes the limit of what was once known about composition to its breaking point.”